Lighting Facts boxToday’s lighting marketplace features a growing number of LED products designed for a wide range of applications. While many of these products deliver on their performance claims, independent testing conducted by the Department of Energy as part of their Lighting Facts® program, reveals that some do not. Concerns include low light output, lifetimes that are shorter than reported, and poor or inconsistent color quality.

At Grote we feel that expressing accurately the key information for a lamp we sell is an ethical matter. Now that LED lamps are being sold by many different companies from all over the world, it is more important than ever that the information about LED lamps be as accurate as possible, and be presented in a uniform way so that customers can have dependable and usable apple-to-apple comparison information. For Grote as an industry leader, it’s a matter of principle.

That’s why Grote is the first major supplier of LED lamps used on heavy transportation and work vehicles to participate in the U.S. Department of Energy’s Lighting Facts® program. This program, for the first time, provides a means to present lighting information that is certified by the U.S. Government to be accurate. But we didn’t stop there. Grote’s R.I.E. LED lighting information system describes the characteristics of our work lamps in the real world working environment. 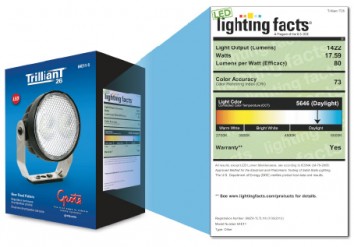 To be a Lighting Facts Partner, Grote signed the following pledge: We (Grote) pledge to support improved quality of LED solid-state lighting products. As a luminaire manufacturer, it is our intent to:

After signing the pledge, Grote was allowed to submit its white light work lamp technical data to DOE-approved labs for their official verification and certification of the accuracy of the submitted data. Once that process was complete for each lamp, The DOE awarded Grote an official label, which cannot be modified in any way, which was printed on all relevant Grote packaging. This carries the key certified data that can be used by purchasers to make their product choices with confidence. 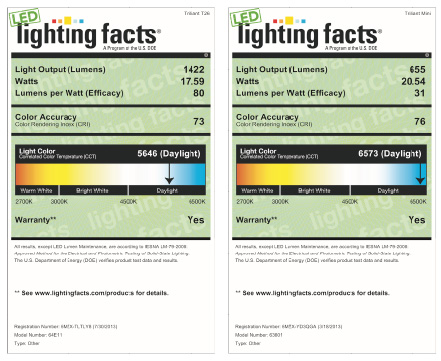 The DOE-approved labs certify the white light data that then appears on the Lighting Facts label to help buyers choose wisely, providing essential information to evaluate product performance against manufacturer claims. Lighting manufacturers who use the label commit to testing products and reporting performance results according to industry standards in five areas:

Additional metrics related to reliability, product consistency, construction, and other parameters may be considered in future editions of the label. 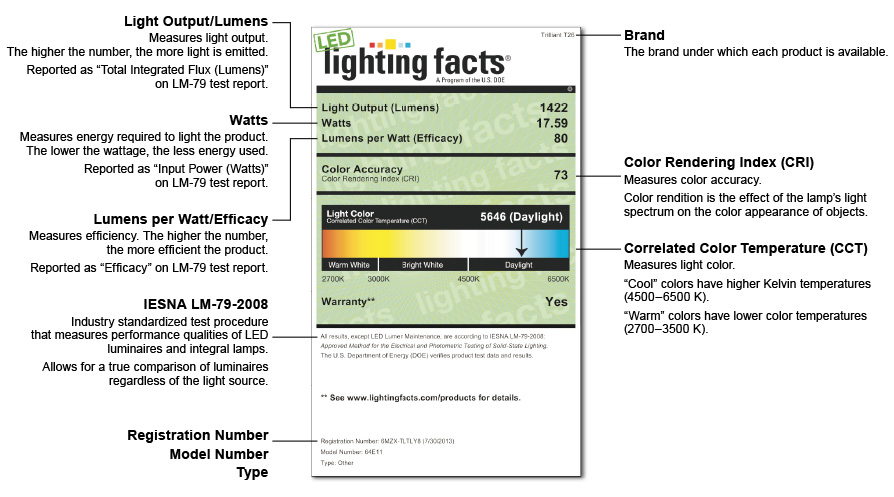 Grote has devised a new method of describing the white light emitted by LED lamps. Named the Grote R.I.E. System, it reflects the actual way an LED white light lamp behaves and provides a more appropriate way of describing the operational output of an LED lamp. When lighting suppliers try to portray their products in the best light, they often make the mistake of misrepresenting the actual amount and quality of light their white light lamps emit. LED lamps don’t perform the way other types of lamps perform.

An LED lamp is brightest when it is first turned on, then as it warms up it emits less light. If a supplier makes a statement that “this lamp is just what you need, it puts out 2500 lumens” the point may be technically correct, but if that measurement is the initial light emitted, the statement is inaccurate and misleading. In order to help solve this problem, Grote has developed our own descriptive lighting system nomenclature that accurately communicates the true characteristics of lamps so users can make informed decisions on the lamps that fit their needs best. Grote now rates its LED work lamps using its new R.I.E. Light Output Measurement System, which gives more accurate and appropriate data than ever before. 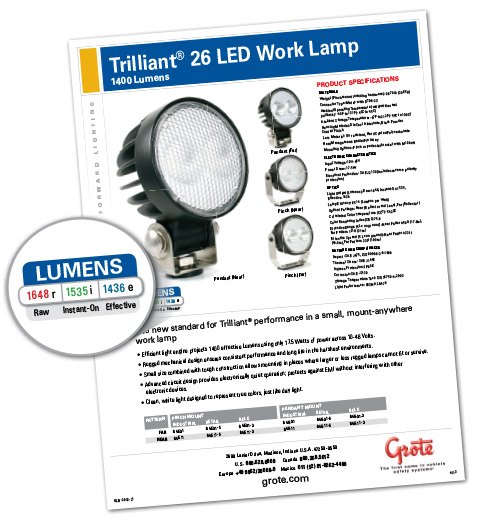 Grote Trilliant Lamps Armed with Lighting Facts and R.I.E information, customers can keep from selecting poor-performing products or products with poor cost/lumen ratios, thus allowing buyers to make accurate, informed choices when evaluating white light products. The benefits of this program are significant and widespread. Grote wants our customers to be able to compare our products to those of competing manufacturers on a level playing field. As other competitors discover and use this process, customers will be able to select LED white light products using accurate information with confidence, to weed out inferior products, and achieve their own price/performance objectives. 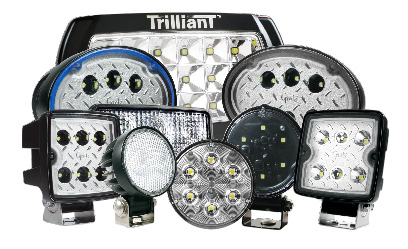 Want to know more? Try our live chat (bottom right corner of your screen) or contact us for more information.